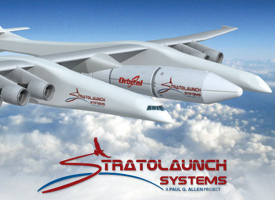 The craft is the brainchild of Microsoft co-founder Paul Allen and Burt Rutan, founder of Scaled Composites. The Stratolaunch Carrier Aircraft will have huge wingspan of 385ft (117 metres) when its complete. It will be powered by six 747-class engines during its first flight in 2016 and will weigh 1,200,000 lb. Dreamchaser could be launched from the plane to send astronauts to orbit, and back to a runway. Will initially deliver satellites into orbit 112 miles to 1,243 miles (180 km and 2000 km) above Earth. 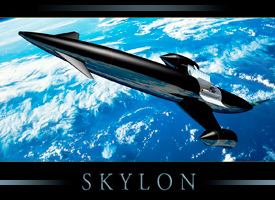 SABRE is built. SKYLON could fly you anywhere in the World for four hours.

According to its developers, an aircraft powered by the SABRE (Synergetic Air-Breathing Rocket Engine) engine such as the super palne Skylon will be able to go from standstill to reaching speeds of over 5 times the speed of sound while still in Earth’s atmosphere. The engine then transitions to a rocket mode, hitting spaceflight speeds at orbital velocity, as fast as 25 times the speed of sound. One of the pivotal innovations of the system is in cooling. It uses ultra-lightweight heat exchangers 100 times lighter than existing technologies that can cool extremely hot airstreams from over 1,000°C to -150°C in less than 1/100th of a second. 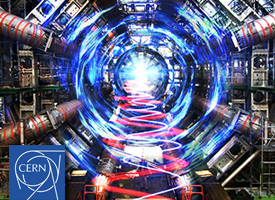 The 10-fold upgrade being planned for 2020 could take man's knowledge far into the realms of what at present is pure speculation on subjects like the true nature of time and the possible existence of other universes. Taking part in preparations for what will be called the High Luminosity LHC will be Japan's KEK and the U.S. LARP network of laboratories, which include Fermilab near Chicago whose long-running Tevatron collider closed down in September. 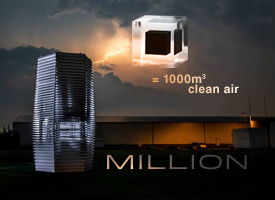 Dutch designer Daan Roosegaarde and his team of experts have created the world's largest smog vacuum cleaner. The Smog Free Tower uses patented ion technology to produce smog-free bubbles of public space, allowing people to breathe and experience clean air for free. The first 7-meter high Smog Free Tower equipped with environment-friendly technology is now open for public at Vierhavensstraat 52 in Rotterdam NL, and will travel around the world. The first Smog Free Tower cleans 30.000m3 per hour without ozon, runs on green wind energy and uses no more electricity than a waterboiler (1400 watts). 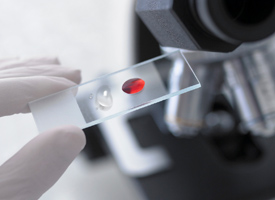 Medical Prediction: Cancer is detectable from just a single drop of blood or saliva

The "liquid biopsy", which costs just £15, uses a single drop of saliva to look for fragments of a genetic molecule linked to the disease. Current tests for cancer often have a two-week turnaround time, but this breakthrough means a diagnosis "can be done in a doctor's office while patients wait". In the same time dutch researchers at the VU medical centre have developed a method of detecting various forms of cancer using only a single drop of blood. The new method even works for very early stage detection, and has been tested to up to 95% accuracy for most types of cancer. 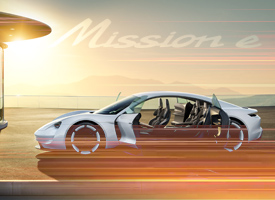 Living up to the buzzword of 'E-Performance', the technological trailblazer combines outstanding driving performance with trendsetting day-to-day practicality. The four-door e-monster has a system power output of over 440 kW (600 PS). The vehicle will thus achieve both acceleration of 0 to 100 km/h in under 3.5 seconds and a range of more than 500 kilometres. Charged via an 800-volt charger unit specially developed for the car, the lithium-ion batteries have enough power again for 80 percent of the range after just 15 minutes. The vehicle can optionally be 'refuelled' wirelessly by induction via a coil set into the garage floor. 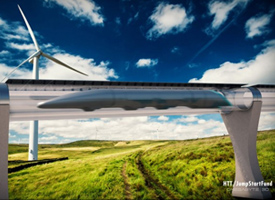 The Future arrived in time via the first Hyperloop Test Track

Hyperloop, for those of you not yet living in the future with the rest of us, was an idea unveiled by SpaceX and Tesla CEO Musk back in 2012. It involves using vacuum-sealed tubes to move passenger pods at incredibly high speeds, up to 1,225 kilometers per hour (760 mph). This could supposedly take people from San Francisco to Los Angeles in 30 minutes. Musk simply released a design document to the public for others to develop. HTT, and the confusingly similarly named Hyperloop Technologies – both announcing they would build test tracks, in California and Nevada respectively. 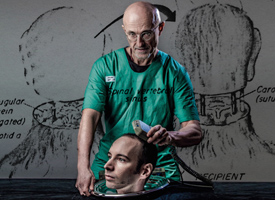 A man set to become the world’s first head transplant patient has scheduled the procedure for December 2017. Russian computer scientist Valery Spiridonov, 30, was diagnosed with a genetic muscle-wasting condition called Werdnig-Hoffmann disease, and volunteered for the procedure despite the risks involved, Central European News (CEN) reported. 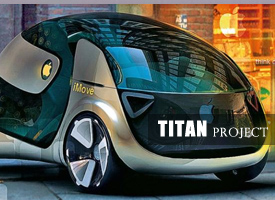 According to Tim Higgins from Bloomberg, automakers 'typically spend five to seven years developing a car'. And a 2020 timeframe would underscore Apple's 'aggressive goals and could set the stage for a battle for customers with Tesla Motors Inc and General Motors Co.' Both of those are planning to release a sub-£26,000 ($40,000) electric car in 2017 that can travel more than 200 miles (320km) on a single charge. 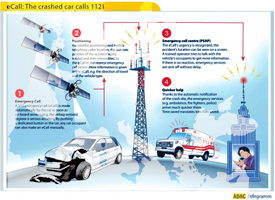 The system, known as eCall, automatically contacts emergency services in the event of a crash, as determined by in-car sensors, such as those triggering the vehicle’s airbags. eCall establishes an audio connection with emergency operators and automatically transmits basic data including the vehicle's type, location, and the time of the crash. Passengers and witnesses will also be able to activate eCall manually by pressing an in-car button.