This coronavirus shit is absolutely terrible. Can't go to Taco Bell, can't go to Starbucks, can't buy anything. India is in terrible condition. The economy is going down, Modi is bullshiting, minorities are living in danger. Idk what will happen to the future of this country?. The migrant workers in India are walking thousands of kilometers and the government is not giving a shit about. A dog named Arnab Goswamy is talking absolute bullshit and he is responsible for spreading communal hatred in the country. Damn, I guess everything is going bad. Okay, thanks for reading my time capsule. Muchas Gracias, Vielen Dank, Thank you so much

P.S: I just attached the link of the sneakers I wanna buy 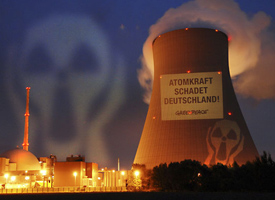 As a result of the Fukushima, Chancellor Angela Merkel pledged to switch off all nuclear power by 2022 and fill the gap with renewables – a process known as the energiewende (energy transition). Germany’s push for renewables grew out of the anti-nuclear protests of the 1980s and currently more than a quarter (26%) of its electricity comes from wind, solar and other renewable sources, such as biomass, although 44% is from coal. The country’s government wants to increase the share of renewables in electricity to 40% to 45% by 2025.

Hinkley Point will be the first nuclear power plant to be built in Europe since the meltdown of Japan’s Fukushima reactor in 2011. But while the British government sees nuclear energy as a safe and reliable source of power, Germany is going in a different direction.

As a result of the Fukushima, Chancellor Angela Merkel pledged to switch off all nuclear power by 2022 and fill the gap with renewables – a process known as the energiewende (energy transition).

Germany’s push for renewables grew out of the anti-nuclear protests of the 1980s and currently more than a quarter (26%) of its electricity comes from wind, solar and other renewable sources, such as biomass, although 44% is from coal. The country’s government wants to increase the share of renewables in electricity to 40% to 45% by 2025.

No other country of Germany’s size has attempted such a radical shift in its power supply in such a short space of time. Described by Merkel as a herculean task, the transition is Germany’s most ambitious economic project since die Wende – the phrase used to describe the fall of the Berlin wall and subsequent reunification of east and west – with an estimated cost of €1tn (£742bn) over the next two decades.

However, Reinhard Bütikofer, the Green party’s spokesman for industry in the European parliament, said the really “mind-blowing” energy transition is happening in the UK, where the Hinkley Point C nuclear plant in Somerset will cost electricity customers at least £4.4bn in subsidies. “They are cutting down on solar, PV [photovoltaics], purportedly for cost reasons, while on the other hand they pledge to guarantee the nuclear industry and energy price twice the market price for the next 30 years. That’s crazy.”

The energiewende is not uncontroversial, not least due to the rising cost of subsidies paid by ordinary bill payers, which has triggered complaints that poor households are subsidising affluent dentists to put solar panels on their roofs. But the transition is not opposed by Germany’s main business lobby, the BDI, despite lingering concerns about what the transition means for the country’s manufacturing base at a time when confidence in the Made in Germany brand has been knocked by the Volkswagen scandal.

“There is broad consensus in society on the political targets – to reduce CO2 and increase energy efficiency and the share of renewables,” said Carsten Rolle, the BDI’s head of energy and climate policy. “We see the main question in managing the energiewende.”

One company caught in the transition is Trimet Aluminium, a family-owned business that is one of the largest users of power, consuming the equivalent of 1% of Germany’s electricity each year. At Trimet’s smelter near Hamburg in the north, 270 furnaces run 24 hours a day, seven days a week. Inside each furnace, sparks like strobe lights dance on molten metal as temperatures peak at 960C (1,760F) The annual electricity bill for this plant runs to €120m.

Along with 2,000 energy-intensive companies in Germany, Trimet is spared the renewable energy levy, a contentious exemption that limits its energy costs at a time when ordinary consumers face rising bills.

However, the company is not immune from the energiewende. In 2014, production was stopped more than 70 times to maintain electricity supplies to domestic consumers. Although renewable energy is cheap when the sun shines and the wind blows, it cannot be stored for calm, cloudy days. To keep the power lines humming for ordinary households, large industrial users can be disconnected from the grid for up to one hour at a time.

“We see the energiewende as an opportunity, but we basically have to reinvent our processes,” said Trimet’s head of operations, Andreas Lützerath.

The company is looking at how it can adapt to a world of fluctuating power. At its plant in Essen, north-west Germany, Trimet is experimenting with using its molten metal furnaces as a virtual battery. If the project is successful, the factory could store 3,360 megawatt hours of energy over two days – enough to power 300,000 homes for one day.

Germany’s dash for renewables has helped to create new industries. About 370,000 Germans work in the renewable energy industry, twice the number who work in fossil fuels, according to the Heinrich Böll Foundation, a green political thinktank.

The north German port city of Bremerhaven has staged a partial revival, after decades of decline following the collapse of the shipbuilding and fishing industries in the 1970s and 1980s.

Just 10 years ago, unemployment peaked at 26%. The tide has begun to turn, as a result of new jobs in the wind energy industry, although unemployment remains stuck at 15%, well above the German average. “It was really a poor town,” recalls Norbert Giese, vice-president of government relations at Senvion, a wind turbine maker employing 350 people in Bremerhaven, almost 10% of its global workforce.

Senvion makes some of the most powerful wind turbines in the world. In November the company starts work on two orders: 72 turbines destined for offshore wind parks in the North Sea.

But the BDI fears some companies in the energy-intensive sectors of steel and chemicals are reducing their investment in new plants and machinery, Rolle said. “It is a silent shift to other regions in the world.”

To counter this perceived loss of competitiveness, the IHS research group has argued that Germany should slow the uptake of renewables and lean more heavily on natural gas to cut the costs of its energy transition. The researchers argue that small and medium-sized companies – the Mittelstand enterprises that make up the core of the German economy – are seeing their competitiveness blunted by high electricity costs.

Unlike large producers, these firms have to pay the renewable levy on their energy bills. According to IHS calculations, small and medium-sized companies lost out on €15bn (£10.7bn) worth of exports in 2013 due to high electricity costs.

Physalis (Ground Cherry) will be the new vegan trend, but will they remember how its genes were modified

The name is not appetising: it's called the groundcherry. It's possible you haven't heard of this fruit, but with some genetic tweaks, it could become a supermarket staple sooner than you think.

That's because scientists have used the groundcherry as an experimental test case to illustrate just how quickly CRISPR genome editing can speed up the domestication of wild, unruly plants.

For a relatively obscure crop like the groundcherry (Physalis pruinosa) – aka 'husk cherries' and native to Central and South America – it would have been a long, hard road to acceptance within mainstream agriculture without the helping hand of scientists.

That's because it's difficult to grow, and its fruit sporadically drops to the ground from the vine, often before it's ripe, making it difficult to farm on a large scale.

To tame these shortcomings via traditional plant domestication – shrewdly developing its desirable traits over successive generations and seasons – would take decades, centuries, or even longer.

Things tend to move a bit faster with CRISPR. In a new study, researchers have demonstrated that the same domestication process can take place in only a few years, thanks to the incredible control afforded by precise genetic editing.

"I firmly believe that with the right approach, the groundcherry could become a major berry crop," says lead researcher and plant scientist Zachary Lippman from Cold Spring Harbor Laboratory.

"I think we're now at a place where the technology allows us to reach."

Together with researchers at the Howard Hughes Medical Institute and the Boyce Thompson Institute, Lippman sequenced some of the groundcherry's genome and used CRISPR to manipulate its genes.

Doing so gave the ability to influence a hormone that regulates flowering, encouraging the plant to become more compact and producing fruit in clusters rather than individually.

Another tweak made the fruit themselves denser, while a third modification boosted the overall size of the fruit, by increasing its number of seeded sections.

"This is pretty good proof that with gene editing you can think about bringing other wild plants or orphan crops into agricultural production," Lippman says.

"The more arrows we have in our quiver to address agricultural needs in the future, the better off we're going to be."

For the purposes of the current study, that's as far as the team went, but the researchers aren't finished with the groundcherry yet.

Next, the team is looking at how to modify the fruit's flavour and colour. Today's groundcherry tastes both tropical and sour, with hints of vanilla, and an "intoxicating" smell. Quite where scientists might take it in the years to come is anybody's guess, however.

To manipulate the groundcherry, the researchers relied upon what scientists already knew about the tomato genome, and the genes and mutation that control how its fruit grows.

The thinking is, as this kind of science develops, researchers' ability to control custom-designed crops and fast-track them toward mass levels of agricultural production could change the way humans grow and eat food.

"We targeted genes that we knew from our experience could make the plant more compact and manageable," one of the team, Joyce Van Eck from the Boyce Thompson Institute, told CNN.

"Farmers have been saying, 'if you can just get them to behave, we'd be growing acres of these.'"

The findings are reported in Nature Plants.

In the next 10 years, I will be a member who will carry out a domestic revolution. I am not sure exactly what his profession will be, but what I mean is a person who plays a role in using technology appropriately to make it easier for humans to do their jobs. will be someone who will visit various parts of the world to represent Indonesia in introducing its natural beauty. I really enjoy this profession and will make my parents and extended family proud of it.

Russia will lose the war

Russia will lose the war by not gaining all of Ukraine.