In July 1988, a massive explosion annihilates Tokyo, sparking World War III. By 2019, a year before the XXXII Olympics, Japan suffers a crime wave and government corruption, especially in the rebuilt "Neo-Tokyo". One night, during massive protests, hot-headed Shōtarō Kaneda leads his bōsōzoku gang, the Capsules, against their rivals, the Clowns. During the brawl, Kaneda's best friend, quiet Tetsuo Shima, is seriously injured when he runs into Takashi, a psychic esper who has escaped from a secret government laboratory with the help of a resistance organization. Japan Self-Defense Forces (JSDF) Colonel Shikishima, assisted by esper Masaru, escorts Takashi home and hospitalizes Tetsuo. Later, as Kaneda and his gang are interrogated by the police, he spots Kei, an activist belonging to the resistance movement, and tricks the authorities into releasing her along with his gang, taking an interest in her.

Shikishima and Doctor Ōnishi discover that Tetsuo possesses powerful psychic abilities similar to Akira, the esper responsible for causing Tokyo's destruction. Meanwhile, Takashi's fellow esper, Kiyoko, reveals Neo-Tokyo's impending destruction to Shikishima, who proposes killing Tetsuo to prevent this, but Neo-Tokyo's parliament dismisses his concerns. Returning from the hospital, Tetsuo steals Kaneda's motorcycle accompanied by his girlfriend Kaori, but the Clowns attack them before the Capsules intervene. Tetsuo suffers headaches and hallucinations during the attack, and he is once again hospitalized. Seeking answers about what has happened to his friend, Kaneda rescues Kei and joins the rebels after overhearing their plan to capture Tetsuo. At the hospital, the espers unsuccessfully attempt to kill Tetsuo, and he fights back with his newfound psychokinetic powers to confront them. Kaneda, Kei, and Shikishima converge on the espers' quarters to stop Tetsuo, turning him egomaniacal and unstable. He overpowers them and escapes after learning from Kiyoko that he can gain help from Akira, located in cryonic storage beneath the Olympic Stadium's construction site.

Using Kei as a medium, Kiyoko helps her and Kaneda to escape to stop Tetsuo, while Shikishima stages a coup d'état against the corrupt parliament and orders the JSDF to kill Tetsuo. Returning to the local bar for some pills, Tetsuo ambushes his former friends, Yamagata and Kai, after they arrive, killing the former in the process; Kaneda vows to avenge Yamagata. Tetsuo travels through Neo-Tokyo, wiping out Shikishima's forces, and eventually arriving at Akira's cryogenic storage dewar in the stadium. Kiyoko has Kei fight Tetsuo, but he easily defeats her and exhumes Akira's remains: dissected, and preserved for future studies. Using a laser rifle, Kaneda fights Tetsuo in a duel; meanwhile, Shikishima fires an orbital weapon at him but is unsuccessful. After Tetsuo destroys the satellite, he psychically builds a prosthetic arm to replace the one he lost.

Shikishima and Kaori separately approach the stadium, where Tetsuo is in immense pain. Shikishima offers Tetsuo the espers' drugs to control his abilities, while Kaori attempts to calm Tetsuo down. However, Kaneda arrives and duels with Tetsuo yet again. Losing control of his powers, Tetsuo mutates into a gigantic mass consuming all matter, engulfing Kaneda and killing Kaori. The mass continues to grow, and the espers awaken Akira. After reuniting with his friends, Akira creates a singularity that draws Tetsuo and Kaneda into another dimension. The espers teleport Shikishima to a safe distance as the singularity destroys Neo-Tokyo in a mirror of Tokyo's destruction, and three agree to help rescue Kaneda, knowing they will not be able to return to this dimension.

In the singularity, Kaneda experiences Tetsuo's and the espers' childhood, including how much Tetsuo trusted Kaneda and how the children were trained and altered before Tokyo's destruction. The espers appear and return Kaneda to his world, informing him that Akira will take Tetsuo to safety and that Kei is developing psychic powers. The singularity suddenly disappears and water floods the city's remains. In the aftermath, Kaneda discovers that Kei and Kai have survived, and they drive off into the ruins, while Shikishima watches the sunrise. Finally in control of his powers, Tetsuo triggers a big bang in an alternate universe.

three years from now I'll be 14 years old, almost fifteen. I want to be very smart, have more subscribers on my youtube channel hahaha. Wow, my brother will be a lot older :( about 7 years old. I want to have gone to Canada to visit my aunt. A new cell phone, a new computer ...

I think it's over, see you in the future.
Bye Bye 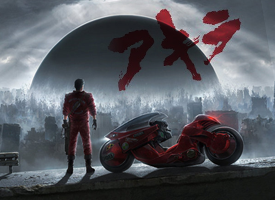 By 2019, a year before the XXXII Olympics, Japan suffers a crime wave and government corruption, especially in the rebuilt "Neo-Tokyo". One night, during massive protests, hot-headed Shōtarō Kaneda leads his bōsōzoku gang, the Capsules, against their rivals, the Clowns. During the brawl, Kaneda's best friend, quiet Tetsuo Shima, is seriously injured when he runs into Takashi, a psychic esper who has escaped from a secret government laboratory with the help of a resistance organization.

Wanwan is my hero

You might be hurt with my darts, But still you will enjoy how to play. (Wanwan) 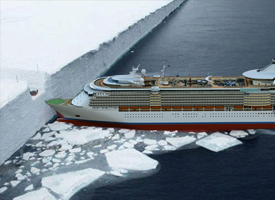 The year 2020 will be bringing us a new decade, an American presidential election, and a cruise for people who believe Earth is flat. Although details are currently thin on the ground, the cruise is being organised by the Flat Earth International Conference, and promises to be "the biggest, boldest, best adventure yet"